Cisco have released the external 9124 variant access point. This AP has a very handy three radios - one 2.4GHz and dual 5GHz radios.

Why is that useful? Well the key use case is probably Mesh - you can have a dedicated 5GHz backhaul and a separate radio running the client serving 5GHz.

The antenna selection though isn't as simple as you'd think. Let's take a look.

External Wi-Fi is best served with APs designed with the environmental conditions in mind.

It can get pretty hot in almost all regions of Australia, but we can also get a fair bit of weather - so an industrial AP, which is also highly capable, really fits the bill. Enter the Cisco 9124.

First up, let's have a quick look at what the Cisco 9124 can actually deliver. 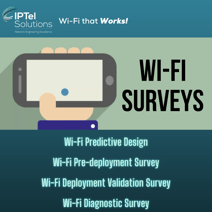 There are three radios:

These radios are connected to the antennas (of which there are six).

The antennas break down as:

The Dual band antennas can support 2.4GHz, 5GHz or a mix of both.

There is a catch though - and its an important one, which will explore later in this blog.

Let's explore an installation option. This relates to to the ports above.

Shown below is our drawing of a Cisco 9124 on the pole.

The setup below shows 4 Cisco AIR-ANT2547VG-N antennas in use. This is in dual band mode, supporting both 2.4GHz and 5GHz on all four antennas:

Patch antennas are an option also:

Important to note that we have three patches here, across the three radios. It is not recommended to use the third port on two antennas!

The radios and antennas can support the following options:

The throughput you can achieve is dictated by the number of antennas in use and the number of streams configured over these antennas.

In a nutshell, if you want high performance, you need to install all the antennas.

If you want to enable all those antennas.. you need enough POE power.

Do yourself a favour and install 60W from the outset for your power.

Here's the good stuff. You need to be very careful about which antennas you choose to install in which ports.

Unlike earlier APs the Cisco 9124 no longer supports the option of just two antennas and dual band.

If you only install two antennas, they can be installed in ports 1 / 2, but will only support 2.4GHz in this scenario.

If you want dual band, you must install antennas on a minimum of ports 1 - 4.

The table below provides full details:

The AP is also capable of running in 1x1 mode - not shown on the table above (presumably with only two antennas - we've not tested this though).

If you have a large area to cover, the designs in this blog will help.

The AP is ruggedised and built for external installation - you just need to ensure that you install enough antennas for your use case - and importantly enough POE power to support your use case.

Mesh is another complexity level again - since this AP has dual 5GHz radios, it is an ideal AP to support Mesh - but the design does become a lot more complicated.

If you need help with your wireless, external or mesh install, drop us a line at sales@iptel.com.au