Wi-Fi Predictive Designs are the starting point to any half decent Wi-Fi installation.

The question is - what does a survey entail and why should you get one?

This blog provides a deeper dive into the topic of Wi-Fi Predictive Designs. These are the starting point for

Wi-Fi surveys in general. The full set of Surveys are:

Wireless LAN surveys are often seen as part experience, part science and part process. Difficult to master and get right, the predictive Wi-Fi survey is where wireless LAN design starts.

Many customers believe that an RF survey is an off the shelf product - delivered the same by each company that produces such output. This could not be further from the truth.

If you wanted to read more about RF surveys and some other interesting facts on Wi-Fi, take a look at our eBook, The Top 8 Secrets to Great Wi-Fi.

There's a confusing array of terminology around RF surveys too - onsite surveys, offsite surveys, active surveys, passive surveys.. where do you start, when you want to produce a Wi-Fi design?

What is a Predictive Design?

A predictive survey is the first stage in Wi-Fi design.

Otherwise known as a desktop survey (or sometimes as a paper survey - although I have no idea why!), during this phase, all the walls are drawn in on the maps, and the access point (AP) placement done.

The output is a set of Wi-Fi Heatmaps showing the projected coverage (built into a report), as well as a Wi-Fi Markup map (something unique to IPTel - more about this later in this blog).

The predictive survey is complemented by the pre-deployment survey. This is sometimes known as an 'AP-on-a-stick' survey, although I personally think that's a poor description. What this survey delivers is a test of the building fabric.

The predictive survey is just that - a model of the environment, so the onsite testing is used to confirm the model - if the walls are thicker (or thinner) than in the model, then the model can be adjusted.

Once the predictive and pre-deployment survey phases are both complete, we mark the survey as ready for installation. This means that the cabling can be installed.

Quick background to the term Wi-Fi:

Wi-Fi is not actually an acronym, but has become synonymous with wireless LAN. Often misspelt as wifi, the correct spelling is Wi-Fi.

We use Ekahau Site Survey (ESS) to produce the RF design.

From the design, the Wi-Fi heatmaps are extracted and these are used in the survey report. We resell Ekahau too - drop us a line if you're interested in some pricing.

If you need a site survey, drop us a line on our Contact Us page. 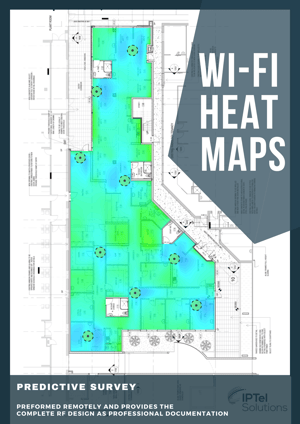 First up - what's a heatmap?

"Wi-Fi Heatmap" is a term used to describe the images that show how RF power propagates.

The blue areas in the image on the left show the hottest areas, gradually bleeding out into the lighter green areas.

These images are used to show that the survey has been designed to have consistent levels of RF power from the Access Point to the client. In general terms, there should be no grey areas on the map.

Wi-Fi Heatmaps are one of the outputs from the survey.

The Wi-Fi heatmaps are built into a custom report, with some analysis on the environment and any possible issues. Next up - let's take a look at Wi-Fi Markups. 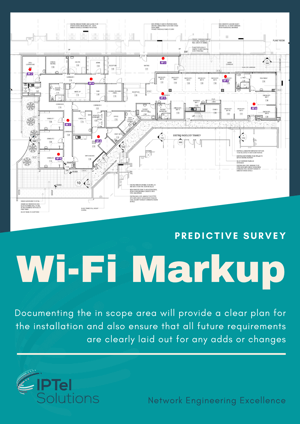 We produce these in addition to the survey report and they're ideal to include AP name labels, patch outlet details and other useful information.

These maps are produced in addition to the RF survey reports - they're just a whole lot simpler for the cablers to follow in the installation of the access points.

I've seen many times where APs are installed in the wrong location, or the installer mixed up APs - the Wi-Fi Markup is an invaluable tool in preventing that from happening (you need to be pedantic with the accuracy of data collection when you're installing APs - that's the subject of another blog though.

The Wi-Fi Markups can be modified to including patch outlet numbers too, which can be pretty handy.

Why use IPTel for your Predictive Design?

There's a wide range of reasons. The most important of all is that we ask the questions to find out what your use cases are for your wireless network and build the design to meet these.

Customers have moved on from from hotspot grade Wi-Fi and most networks these days need to support low powered devices (voice being the most difficult).

We test the design to multiple levels, with extensive checklists to ensure the design meets specification, and has built in resilience for AP failure. This means the network can recover and continue operating as normal, even when access points fail.

For any customer that's installed a network and is experiencing dropouts and poor performance, you'll already have been through the pain of what a poor install looks like. The bottom line is ensuring your network works for the use cases you need to support.

Wi-Fi RF surveys are never an off the shelf product.

An RF Survey that works properly, in your environment, for the services you need to support has to be designed to deliver that outcome.

Buying a copy of the RF design software and believing you can achieve that outcome will be an expensive mistake if you have to remediate that site.

The Predictive design is just one element of the RF Design phase. The onsite survey (the Pre-Deployment Survey) goes hand in hand with the predictive survey and is where we turn a desktop model into a network design we know will work onsite. 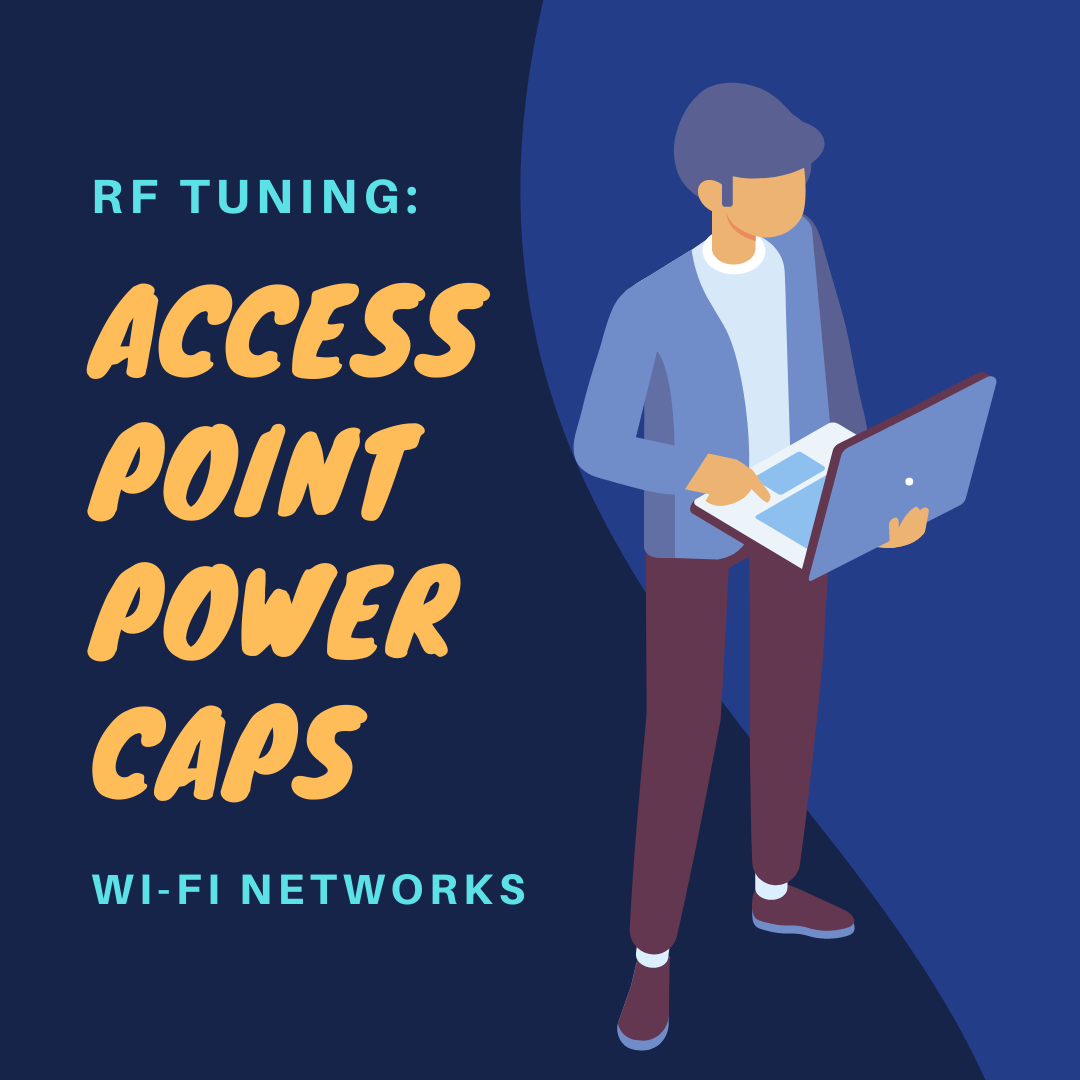