We've been building Wi-Fi networks to meet Real Time Location Grade (RTLS) for quite a while now.

Depending on how the APs are laid out, and the network tuned, typical accuracy achieved can be sub 5m in location accuracy. Any location solution based upon Wi-Fi has some variance in accuracy between areas though.

Some RTLS vendors support the use of calibration surveys to increase the accuracy, by building a model of the RF environment, but these are subject to accuracy drift as the network changes over time.

What if there was a better way - enter stage left, Cisco Hyperlocation. 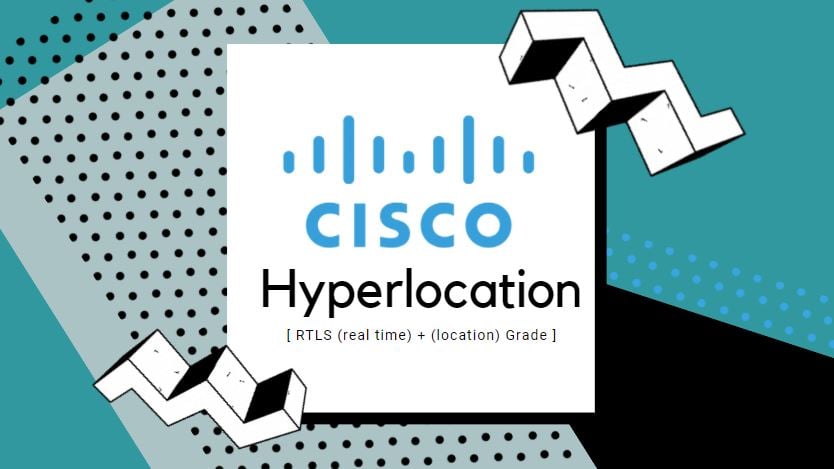 Where is Cisco Hyperlocation used?

Wi-Fi has an increasing array of use cases, with the days of a single use Wi-Fi network behind us. Many customers are looking to use their network for multiple purposes and one of these is to location track tags and devices. Tags are small Wi-Fi transmitters, which can be attached to objects to allow them to be tracked.

Hyperlocation should ideally be added to a network which has already been build with location awareness in mind.

Increasing your AP density to support location services are key concepts and should be kept in mind when deploying Hyperlocation - build the AP layout to location grade to start with and then add in the Hyperlocation APs to supercharge the outcome.

If you're interested in a bit of a background read on how to make Wi-Fi work, take a look at the Top 8 Secrets to Great Wi-Fi.

How does Cisco Hyperlocation Work

Hyperlocation uses antennas all around the perimeter of the Access Point - using these, the module can determine the relative distance, but also the angle the client is transmitting from.

The exact technique is known as AoA - Angle of Arrival. In sensing the minute difference in arrival time of a transmission, the unit is able to determine the angle that a signal arrived at the AP.

Extrapolate this across a number of APs all hearing that transmission and you have a Hyperlocation array of APs, which can really deliver granular analytics data - the key to really delivering advanced RTLS.

As shown in the image below, the array antenna used by the Cisco Hyperlocation module allows an AP to identify a client’s direction: 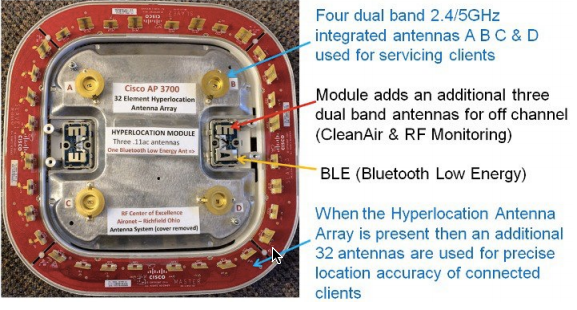 The use of Hyperlocation AoA is combined with the traditional RSSI based location estimation, providing a much higher accuracy in location tracking, as the additional location aware data can be used in combination with traditional trilateration.

If you happen to have a site that utilises an AP layout that is not location grade (and if your APs happen to be compatible with the Cisco Hyperlocation module), adding the module will greatly improve the location readiness.

We have seen accuracy down to 50cm, but you need some guidelines when deploying Hyperlocation:

We'd recommend you to utilise the recommended design and then adding the Cisco Hyperlocation module will enhance the location accuracy results you can achieve.

Cisco Hyperlocation is not going to be for everyone. The extra cost of the APs will see to that, as will the extra tasks needs to design and deploy the system to actually achieve the best outcomes.

The Cisco 4800 series AP that the hyperlocation array is currently built into, is likely not the first choice of AP now - the newer Wi-Fi 6 APs, (the Cisco 91XX series) are really the AP of choice.

If you have applications where you need to track in the 1 - 3m accuracy range, this might just be the technology you need.