When you're installing a new wireless network, there's a lot of variables and decisions you need to make, right out of the gate.

Some decisions work just fine with small installations, but just don't scale to larger ones. One such decision is the way in which you name your Cisco Access Points. 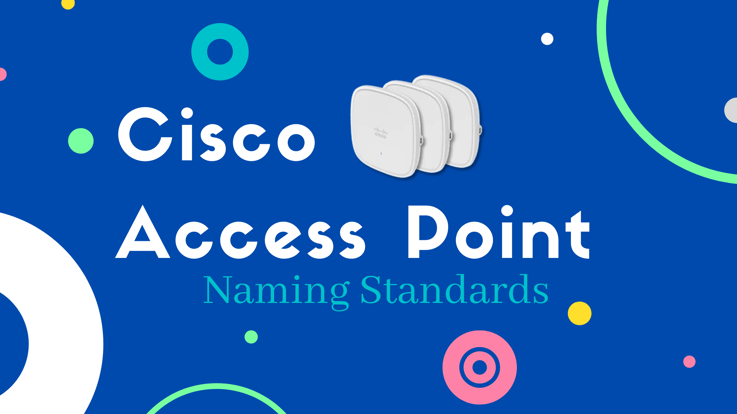 Why does it matter what you name your APs?

While this might seem a bit trivial, it's actually bigger than you might think - once you've spent the time, effort and money to name the APs - and label them - if you then discover the naming convention doesn't scale, you're in rather a pickle!

Let's take a look at a few of the guidelines we've developed over the years in deploying large scale Wi-Fi networks.

If you wanted to know how to design the layout of APs, we've got a useful blog around Predictive RF surveys, that's worth a read.

If you're interested in a read about the basic principles of Wi-Fi, have a read of the 5 Principles of Elastic Wi-Fi.

While it is not so important for sites with limited numbers of access points, it becomes more critical for larger installs.

Take a site with thousands of access points for example - you need a hierarchical structure.

There's a few valuable tips we've developed from our installs, such as:

I have seen customers that name the AP according to the switch port, or patch outlet its cabled back to. This must be a time consuming to keep straight and maintain over the years as things move about.

The preference is pretty simple - just end the AP name with a long enough number that no matter the prefix, you can uniquely identify the AP. And add a big label to the front of the AP to make it easy to identify.

You'll also want to consider how your APs are installed and mounted, once you've figured out the naming convention, so have a think about this too - mounting on suspended ceiling is different from a fixed plasterboard ceiling.

Quick side note too on the way in which you design AP layouts - they are different depending on the use case - for example, data, voice or Location grade Wi-Fi.

Let's take a closer look at that numbering convention mentioned above.

We develop a schema of numbers to be used throughout the facility to uniquely identify an AP.

Note the 'unique' keyword in there. I've seen installations where they start each floor as AP001 upwards and use the rest of the name to make the AP unique. It's very confusing as you get multiple AP001's occurring.

When laying out a new numbering schema, allocate numbers in a logical way - per building and per floor, just as you would subnet the VLANs. Make sure you allocate spare as this allows you to add any APs later on and fit in the schema.

The benefit of this approach is that you can now identify the AP just based on its number.

Even for a large facility, you might end up with just a four digit number. Do yourself a favour and apply a sticker to the front of the AP (in large enough text to be easily viewed) and you have a really easy technique for people to be able to report which AP is faulty, or the relative location of where they were when an issue was noted.

As a quick commercial break, if you wanted to read more from a Wi-Fi insiders view point, have a look at the Top 8 Secrets to Great Wi-Fi.

Typically we use a schema such as :

It's a nice short name with the ability to number up to 10,000 APs uniquely. Upper or lower case is your choice, but upper generally looks good.

Don't forget to allocate the numbers in blocks though for each building and floor!

Designing and installing Wi-Fi is a complex business. 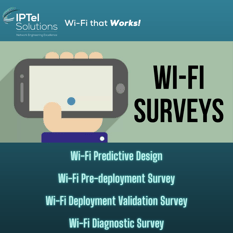 You need to take into account the RF Design, as well as the network design, to support the various use cases you want to support.

While access point names might seem quite trivial in the overall context, every little item that you tick off in your design, which is thought through, is less likely to cause you issues down the line.

A large scale AP deployment can be complicated to track all the data, so it's important to start from a set of standards - and AP naming is one of those.

Once the APs are installed and up and running, you should pay some attention to how they're tuned and the AP power caps that you have in use.

If you have a network that you're having issues with, our Wi-Fi Assurance Review might just be what you're after.