In this blog, we'll take a quick look at the functions, features and power level comparisons for Cisco Access Points. I thought it would be useful to have these in one place for easy comparison.

As regulations have changed, so the powers the APs can transmit have been allowed to increase.

The newer APs have more antennas, so the total radiated power across all antennas should be considered.

Of interest in the tables below are the maximum regulatory powers per channel - an important concept, since all channels are not the same. This concept is often overlooked and one of the reasons we see poorly designed RF coverage. Note how these have changed from the older 3500 series AP to the news X702i series.

Starting with the current model of the 1702i, you have a capable, budget level AP.

The 2702i is a step up from the 1702i and offers an additional 5GHz antenna for improved 5GHz performance.

The older 3502i is next up. Formerly the top end AP it's now end of sale and, although still capable, is no longer available.

The 3702i is currently the top-end AP offered by Cisco. It has a additional antenna, four total, and can handle three spatial streams. It also supports the 802.11ac standard.

Another thing to keep in mind is that one of the key differences between the newer AP types is the number of antennas. More antennas and you have more even coverage, more special streams and higher throughput. It's not to say a 1702i won't give you perfectly good coverage, because it will, but if you're looking to push your network, the extra capacity in the more advanced APs might be useful.

Please contact us should you have any questions or need advice on APs. 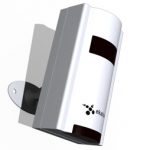