I paid homage to the tech companies in Silicon Valley while on holiday (geeky I know). Having worked with Cisco technologies for over twenty years now, I just wanted to take a look at the Cisco campus and see for myself what it looked like - might as well throw in a few other tech companies while I was at it, I thought.

This article is the first part of a two part series. In the second article, I'll run though my impressions of the Cisco and Apple campuses.

Starting off at facebook, I asked onsite, but there's no tour, or visitor centre. The place is pretty big though - maybe twenty 4 or 5 storey buildings painted in an array of colours. We were allowed to take a picture though in front of the main sign. It's a weird note, but on the back of the sign it had the Sun Microsystems logo - rusting away. Looks like they just turned the sign around. The address is 1 Hacker Way - I am guessing that's an intentional amusing joke.

It was a bit disappointing not being able to find a visitor centre there for such a large company - but as it turns out that's pretty standard amongst the tech companies I visited.

Next up was a visit to Google's campus. As a side note, the museum of computing is nearby - and a massive shame it was closed on Mondays as they have such as brilliant array of historic - and not so historic - computing. Don't miss it if you're in the area.

Google has a 'beta' visitor centre - only open if you have a member of google staff show you round - a disappointment to the people milling around hoping for a glimpse of what the visitor centre had to offer - instead content to take pictures with the street mapping car and the multi-coloured google bike.

There were people genuinely commuting around the place on these bikes. The campus is sprawling - the area the visitor centre is located in though, has wholly unremarkable buildings, brownish in colour and a few stories high. The visitor centre has a sign directing you towards the Android garden, so off we went for a look.

...And if you drive to Google there's an electric charging station! 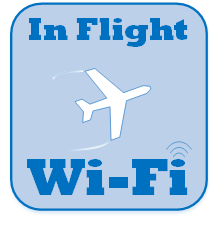