EIRP vs Transmit Power What power is your AP Transmitting at

In a previous blog, we explored why some Wi-Fi channels transmit at different power levels. Cisco uses power levels to describe the power the AP is running at - but what power does that actually translate in to?

In our previous blog describing why Not all WiFi Channels are Created Equal, we took a brief look at the subject.The regulatory domain plays a part as does the gain of the antenna. In this blog, we'll take a deeper look at the bands, and what powers are allowed.

For overseas visitors, the figures are for Australia, so will likely be different in your regulatory domain.

If you go into your Cisco WLC command line and type "show advanced txpower [802.11a/802.11b]" you can see a list of all the AP radios for that band along with their current channel and transmit power. The numbers in square brackets are the available transmit power options in dBm; these correspond to the Cisco power level 1 to 8 (or 1 to 5 if the power is restricted based on channel).

The local regulatory authority for radio communications (e.g. the FCC (America), ETSI (Europe) or ACMA (Australia)) is responsible for defining either the maximum transmit power or the EIRP or both. In Australia, the ACMA defines only the max EIRP. The EIRP is equal to the transmit power of the AP radio plus the antenna gain and minus any cable loss between the antenna and transmitter.

For example a 20dBm (100mW) transmitter with a 2dBi antenna (and assume it's an internal antenna with negligible loss), then the EIRP would be 22dBi.

According to the Australian Radiocommunications (Low Interference Potential Devices) Class Licence 2015, the values in the table below are the maximum allowed for 5 GHz WiFi (www.legislation.gov.au/Details/F2015L01438).

These values are for EIRP. The Cisco TX power values we looked at earlier are the transmit power, not the EIRP so you have to add the antenna gain onto that as well (and subtract cable loss if using external antennas with coax cables). If you are using legacy (pre 802.11n) access points then you could simply use the TX power of the AP and the antenna gain to work out the EIRP using the formula above.

Things are different with 802.11n/802.11ac and MIMO. Legacy access points had a single radio chain but MIMO has multiple radio chains. In most regulatory domains, when you have multiple radio chains, you have to divide the allowed power between those chains so a 4x4 MIMO WAP with 4 transmit antennas need to be factored into the calculations.

The formula needs to be modified to:

If we use this formula on the Cisco 3702i (4x4 MIMO) configured for AU regulatory domain, the UNII-1 max TX power of 15dBm equates to 23dBm EIRP (precisely the max EIRP allowed by ACMA)

One last thing to note (in case your numbers still aren't adding up) is that the newer Cisco 4x4 MIMO access points fall back to 3x3 if only supplied with standard PoE (802.3af) rather than PoE+ (802.3at).

In summary, there's a few things to note. The TX Power an AP is allowed to run at is dictated by a few factors. Regulatory domain is a major one - this will set the max power per channel. The radiated power needs to take into account antenna gain to make sure you don't accidentally transmit at a power higher than legally allowed. Cisco has algorithms to adjust power (Transmit Power Control), so by and large you shouldn't see too many APs running at maximum anyway.

It's a confusing field, but hopefully this blog helps a bit. 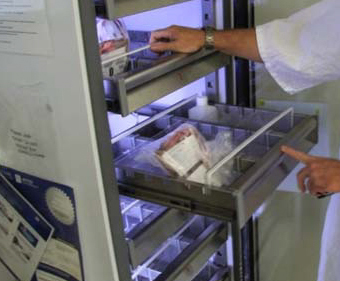